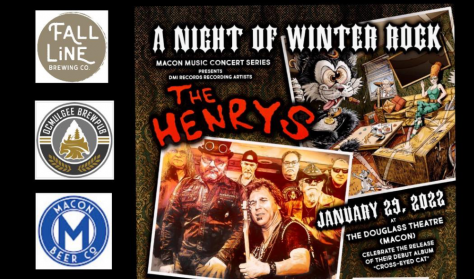 The first installment, A Winter Night Of Rock, will feature The Henry’s album release debut,Cross Eyed Cat. This seven piece rock and Roll circus is not to be missed!

Come enjoy the state of the art sound system and the best acoustic venue on Macon.